It was one of those early morning scrolls through Facebook after checking the headlines. First, did anything happen overnight? What do I need to tell my teenagers about? Any natural disasters? Are we safe? Finally my curiosity shifted from global headlines to my own nation and city and eventually toward my own network of people I know personally.

And there it was.

The post was raw and honest and brave, and so there’s no point in my rephrasing my husband’s cousin’s words: 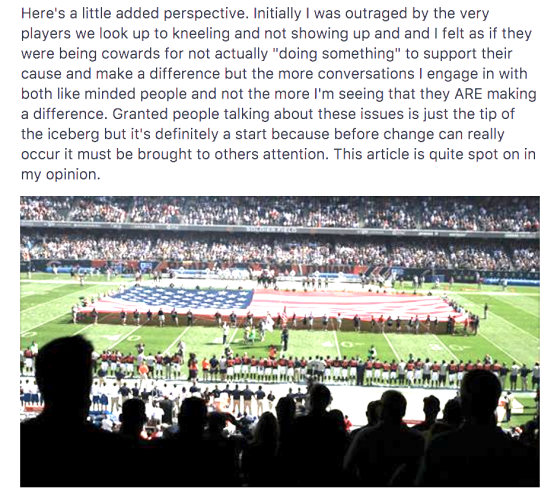 Did you catch it? END_OF_DOCUMENT_TOKEN_TO_BE_REPLACED

Deep in history, a man penned a letter to people he’d probably never meet. His vision was far beyond the recipients, as he hoped his words would motivate them to engage the people of Italy and Spain.

At this stage in his life, he must not have had control issues. Oh, to trust a group of people you don’t know with such an important task…

To God’s beloved in Rome:
…We are confident that God is able to orchestrate everything
to work toward something good and beautiful
when we love Him
and accept His invitation to live according to His plan…
Love,
Paul*

It’s a dance, right? It takes courage to integrate in society and yet live counter-culturally. It takes wisdom to pursue community without being influenced by a value system ruled by what’s temporary. And even among faith circles, we sometimes have to go against the grain by choosing a gospel-centered life instead of the “safety” of religion. Paul’s letter was a bit of a roadmap on how to swim upstream.

And swimming upstream leaves us so weary.

He wrote much, much more. But this. THIS. This short excerpt of Paul’s letter touched on themes we can’t ignore but still try to resist:

Or, maybe you’ve heard it this way:
And we know that in all things God works for the good of those who love him. (Romans 8:28).

I so wanted it to be all about my circumstances.

For years I read Paul’s words and interpreted them as a promise that God would work everything out. Or I’d eventually have my way. Or things would at least make sense some day.

But his heart-wrenching statements in the whole letter – before and after this tiny excerpt — whisper to wake up deaf ears. He pries open blind eyes.

They call to every mortal, resonating with all who’ve felt the tension — the tension between the sin fostering our brokenness and an honest desire to be different. Sin patterns and surrender.

Might Paul’s promises really be about changing our HEARTS rather than our circumstances?

You’re not a slave to fear. (v15)
Our current suffering foreshadows a greater glory. (v18)
Someday we’ll transcend from bondage to freedom. (v21)
We ache as we wait in hope. (v22-23)
We’re invited to love God back and live according to His plan. (v28)
He chose us to look like His Son. (v29)
His love is so intense it can’t be conquered by suffering or deception.  Never ever. (v35)

Maybe believing He’ll “work for the good of those who love Him” means fear won’t be my master anymore. I wish I was there today.

Maybe I’ll hold my suffering in the palm of an eternal perspective.

And maybe my hope will be so great that I ache inside… my hope to be like my Redeemer… my hope for intense intimacy with my Maker.

“In all things God works for the good of those who love Him.” It’s really not about our circumstances. No, it’s truly all about our hearts.

He’s refining you, molding you, repurposing your heart to receive His deepest affections… To receive His love letter that bleeds with grace. 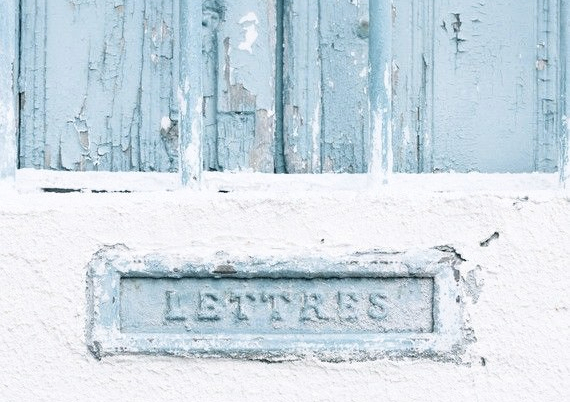 For centuries, we’ve been grasping, desperate to make sense of it all, to understand, to know purpose. To heal and mend the unraveling. Even those not perpetually chased by self-reflection feel the hunger to reconcile the drama every now and then.

The genres of mystery and conflict keep invading our stories, allowing regret to keep raising its voice. There’s such potential for us engage in real dialogue — to challenge, to encourage, to convict, to comfort — but we stay quiet. The pull to stay tucked away in our neat envelopes is woefully strong.

“You are our letter,” Paul writes, “every word burned onto our hearts to be read by everyone. You are the living letter of the Anointed One, the Liberating King, nurtured by us and inscribed, not with ink, but with the Spirit of the living God—a letter too passionate to be chiseled onto stone tablets, but emblazoned upon the human heart.” 2 Corinthians 3:2-3

Today we have volumes upon volumes written on modern-day tablets of stone — books, blogs, e-books, articles, and more. But there’s more, Paul wrote to those in Corinth hungering for something beyond this world.  You are a letter written on the human heart. Emblazoned, actually.

Ah, Corinth… that Grecian city in love with intellectual conversation, athletic competition, and sexual liberties.  The wisdom of man, over-training our bodies, human trafficking — well, they were actually enslaved by their own freedoms. The culture of Corinth sounds familiar.

You are God’s letter written to a modern world deep in pain.  You’re a rescue message of sorts, so radical in its simplicity it’s hard to accept.

You’re more than ink. You’re written by the very Spirit of God.  What might our lives look like if we viewed ourselves this way?

The message from the divine Author is for everyone — your friend who is angry at God, your daughter’s ice skating instructor, your neighbor hiding himself in his work, yourself.

Many times I keep that envelope barely undone, available only to the bold and curious who dare to open it a bit.  And there are days upon days I seal myself up — protected, risking nothing, keeping the truth hidden inside.

But He calls me to more. He beckons to risk and read His message over and over, aloud to others. For where there’s suffering, there’s traces of healing. Where there’s regret, there’s redemption.

A letter “burned upon our hearts to be read by everyone.” Who were you written for today?